skip to main | skip to sidebar

If you are a Baby Boomer, then try this:
Close your eyes and flip through your memory bank: back, back, back to a night in Feb. 1964 when you and mom and dad huddled around your family's 24" black-and-white Magnavox and listened as Ed Sullivan announced to the nation: "Ladies and geh-ullmen...the Bee-ulls!"

And then...the startling image of those four bowl-cut lads from Liverpool--or was it Mars?--and their songs that made the hair on your neck stand up. Who knew that within years the group would change popular music forever?

If the memory of the Beatles first appearance on America telly pushes your nostalgia button, think how Panama City Beach resident Bernie Molina must feel.

From 1960 to 1964, Molina, 59, was a stewardesss for a British airline.
"I flew with the Beatles quite often from London to Hamburg," she recalls. "At the time, England and Germany were quite mad for them, but no one in America knew who they were."

Molina recalls how the boys--John Lennon, Paul McCartney, George Harrison, and Pete Best (not yet replaced by Ringo Starr)--always sat in rear of the plane.

On one trip, McCartney took out his acoustic guitar. "He called me over and strummed some chords. 'How do you like it?' her asked. It was a song he was composing, which he eventually finished and entitled Yesterday.
Perhaps you've heard of it."After Ringo joined I got to know him quite well. I attended several of the group's concerts in Hamburg, and Ringo would invite me back stage."Molina even visited the boys at the Cavern, the legendary pub in Liverpool that served as the Beatles' home base. She got an early taste of what would become known as Beatlemania. "The club was dark and damp, but everywhere you looked there were hysterical, screaming girls," Molina remembers.Molina made her final trip with the Beatles in January 1964, just before the group came to America. "I wished the lads luck. Ringo asked me, 'Did you ever get our autographs?' He was sort of joking--I mean he had no idea how big they'd soon become.""So I gave him my notebook and the boys signed it. It's quite a rare thing --all four signatures on one page, you know." Rare? In fact it's an Ebay-worthy historical artifact, a rock'n'roll holy scripture that captures a defining moment in our planet's cultural history.To many of us, it doesn't seem possible that the Beatles' emergence into America's shared consciousness is now four decades distant.For Bernie Molina, owner of the baby-boomer's Rosetta Stone, it all must seem like Yesterday. 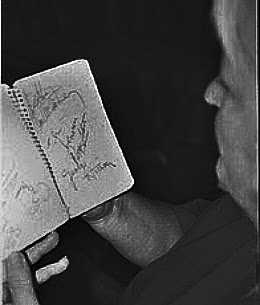 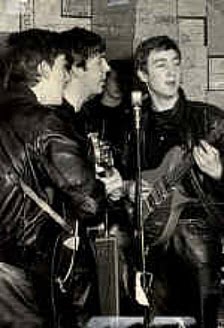